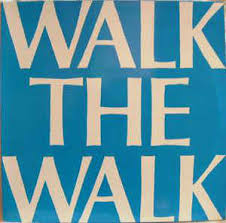 Acts 3:4-10 – “But Peter, along with John, fixed his gaze on him and said, “Look at us!” 5 And he began to give them his attention, expecting to receive something from them. 6 But Peter said, “I do not possess silver and gold, but what I do have I give to you: In the name of Jesus Christ the Nazarene — walk!” 7 And seizing him by the right hand, he raised him up; and immediately his feet and his ankles were strengthened. 8 With a leap he stood upright and began to walk; and he entered the temple with them, walking and leaping and praising God. 9 And all the people saw him walking and praising God; 10 and they were taking note of him as being the one who used to sit at the Beautiful Gate of the temple to beg alms, and they were filled with wonder and amazement at what had happened to him.”  NASU

Of the many thoughts that arise within my heart and mind when I read this passage this thought surfaces, “If you call attention to yourself you had better have the goods or the anointing to back it up.”  This is a marvelous story or account.  This is a beautiful testimony of the power of God, the anointing of the Holy Spirit, and the miraculous healing of a man who had been lame from birth.  That is a feel-good story that everyone should rejoice over.  But there is another underlying reality that I wish to address.

Think about the situation in which Peter and John found themselves.  There were hundreds and maybe thousands of people milling around.  Peter and John were going to the temple at the time of prayer. They would have been part of a very large crowd of people.  Many who were in that crowd were not believers in Jesus and would welcome any opportunity to not only reject the claims of the Christians but to imprison or exterminate them.  They were not conducting a church service in a congregation that was sympathetic or open to their words or deeds.  If they blew this, they were in deep trouble.

Peter fixed his gaze on the lame man who had been relegated to begging for his sustenance.  He was to be pitied and although often looked down on if someone harmed one such as he, they would suffer a severe penalty.  Peter’s words could have been considered, “hate speech” and “taunting” when he insisted that the lame man, “Look at us!”  The man’s heart probably leaped as he anticipated something wonderful in the form of a gift.  Why would anyone demand that he look at them if they were not going to make a special contribution to his plight?  Then Peter gave a heart-crushing declaration, “I do not possess silver and gold…”  WOW!  First, the man’s heart leaps for joy then falls to the lowest possible position as he heard that declaration.  What kind of cruel person are you, Peter, that you would taunt this poor man this way?

Peter went a step further and said, “but what I do have I give you…”  What do you have Peter?  You have encouraged his anticipation then crushed his hopes and now you suggest that you do have something.  What do you have?  That’s when Peter made a faith declaration.  A declaration and subsequent action that would get him killed or imprisoned if he failed.  He said, “In the name of Jesus Christ the Nazarene – WALK!”  That declaration would have earned him ridicule but he exposed himself to possible stoning when he reached out and seized the man by the hand and jerked him to his feet.  Peter, if he falls on his face, as the crowd expects, you are in serious trouble.  The miracle took place and the Power of God surged into his ankles and feet and he stood and leaped with excitement and joy.  A miracle had transpired, the anointing of the Holy Spirit was demonstrated and this man, lame from birth, now walked.

This man went with them into the temple, walking and leaping and praising God!  This got the attention of everyone and as a result, many turned to God.  I commend Peter in this he not only called attention to himself by his words and actions, but he also produced the goods.  He placed himself on the line based on his faith and confidence in the promises of the Lord Jesus Christ and the Word of God.  He was following the directive of the Lord in His commission of his followers.  Peter’s faith and courage allowed him to risk failure.  God honored his faith with the anointing of the Holy Spirit and a confirmation of His Word.

When was the last time you placed yourself at risk by standing on the Promises of God and obeying the Commission of our Lord?  I am not suggesting that you jerk people out of wheelchairs or off sick beds, but that you open your heart to God’s miraculous and become willing to say and do whatever He directs by the Holy Spirit.  On something less dramatic, “When was the last time you opened yourself up to tell someone about Jesus?”  What you have is what you can give and what you are to give.  So, let’s give and share this Salvation with the lost.

God bless you as you follow His guidance on this day and enjoy His blessings!