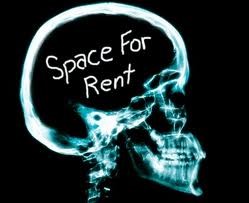 Proverbs 12:1 – “Whoever loves instruction loves knowledge, But he who hates correction is stupid. “ NKJV

Wow!  That could not get much clearer, could it?  If we are teachable it is evidence that we love knowledge and want the truth.  If we hate correction the Bible says WE ARE STUPID!  I don’t know about you but I really don’t want to be stupid.  I want to be like clay in the potter’s hands – pliable and moldable.  I want the Holy Spirit to be able to shape my life into that which God desires so I can be a vessel of honor to the Lord.  I realize that I am an earthen vessel and flawed at best but I don’t want to magnify it by being stupid too.

Some people are just not teachable.  It is their way or the highway.  I’ve known people in the pews and in the pulpit that would seek God’s blessings on their plans rather than seek God’s plans.  They envision themselves as being so valuable to God that He would probably resign if they were not there to help Him.  They have little to no tolerance for any opinion other than their own and are rigid in their approach to that which they desire to do or be done.

I have also known people that are so teachable and love instruction that they are like sponges soaking up whatever correction and knowledge is offered.  They constantly seek to be better and never take, correction as the rejection of their person but as a tool to help them become honed and shaped into a more perfect vessel in Christ’s Body.  One is a joy to work with the other a pain in the neck.

So if you want to walk a more complete Christian life and experience the companionship of the Holy Spirit cultivate a desire for instruction.  Reject the tendency to personalize correction.  If we can view correction as something that God is allowing to be presented to us to reveal potential or real kinks in our armor we will grow in grace.  In so doing we will demonstrate a kind of character that will attract others to the God within us and enable us to reach those we have not heretofore reached.

So as you go through this day seek instruction and refuse to be stupid!  Blessings!