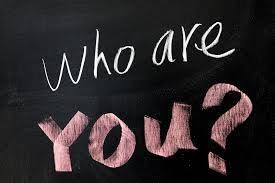 Galatians 4:1-7 – “Now I say, as long as the heir is a child, he does not differ at all from a slave although he is owner of everything, 2 but he is under guardians and managers until the date set by the father. 3 So also we, while we were children, were held in bondage under the elemental things of the world. 4 But when the fullness of the time came, God sent forth His Son, born of a woman, born under the Law, 5 so that He might redeem those who were under the Law, that we might receive the adoption as sons. 6 Because you are sons, God has sent forth the Spirit of His Son into our hearts, crying, ” Abba! Father!” 7 Therefore you are no longer a slave, but a son; and if a son, then an heir through God.” NASU

Paul’s way of explaining our relationship with God is powerful.  He brings to mind that a child although a member of the family and ultimately owner of all the family fortunes and worth is little different from a slave because the child is under the authority of his/her parents or those whom the parents have placed over them.  They are not allowed the privilege of operating as an “owner” until it is deemed by the father that they are ready. Owner of all but the authority of a slave is the condition described.

Then he declares to us that we are “sons” (a non-gender term as used here) and because of that truth God has sent the Spirit of God into our hearts crying “Abba! Father!”  As a result, we are no longer slaves but sons and daughters and if we are sons and daughters we are HEIRS OF GOD!  Oh my friends, how often do we as children of the Most High live beneath our privilege?  How frequently do we live as slaves rather than sons and daughters?  It is time that we assess who we are and whose we are.  It is time to reread the Bible and determine what this “New Covenant” that is established upon “Better Promises” is all about and what it affords.  It is time that we reevaluate our relationship with the Lord and that we have authority and power to not only overcome the enemy of our souls but the grace to live the Abundant Life that Jesus promised.  You are not a SLAVE you are a CHILD OF GOD and an HEIR according to His Promise!  We need to remember that Jesus is the same yesterday, today, and forever and what He did He still does and can do!

Let’s move from a slave mentality to a son and daughter mentality.  Let’s move from timidity to boldness in our relationship, heritage, and covenant.  Let’s begin to live as HEIRS and bring real hope to this hopeless world outside of Christ.

God bless and keep you as you go through your day!