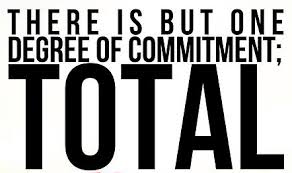 Matthew 21:28-32 – “But what do you think? A man had two sons, and he came to the first and said, ‘Son, go, work today in my vineyard.’  29 He answered and said, ‘I will not,’ but afterward he regretted it and went.  30 Then he came to the second and said likewise. And he answered and said, ‘I go, sir,’ but he did not go.  31 Which of the two did the will of his father?” They said to Him, “The first.”  Jesus said to them, “Assuredly, I say to you that tax collectors and harlots enter the kingdom of God before you.  32 For John came to you in the way of righteousness, and you did not believe him; but tax collectors and harlots believed him; and when you saw it, you did not afterward relent and believe him.”  NKJV

What a spectacular beginning to the day!  Gentle rain falling and a cool breeze, hot coffee, God’s Holy Word, creatures stirring and coming out of their slumber and hearing the voice of the Lord in my heart.  The thought of “Campaign Mode Christianity” or “Verbal Christianity” came to life in my heart this morning and I pondered the problems and potential of that reality.

The Holy Spirit spoke to my heart regarding the political scene and reminded me of how the politicians say one thing on the campaign trail and often fail to keep their promises once they are elected.  They say what they believe people want to hear at the moment seeking to secure votes but are not really committed to doing that which they have promised.  It is “verbal” not “heart”.  He reminded me that what we must have is “commitment from the heart” in all that we do, politically, socially, vocationally, financially, and spiritually.  Without that, we have nothing more than “Campaign Christianity.”  Our families suffer, our relationships suffer, our jobs suffer, our finances suffer, and our souls suffer.  He has placed before us “life and death” and it’s up to us to choose “life”.

In this parable there are two sons, one makes a commitment and the other is in campaign mode or just gives verbal assent to what he believes his father wants to hear.  One repents and acts upon the desires of his father, the other drifts into his own self-centeredness and does what he wants disregarding, the wishes of the father.  Too often, we do that in this present world.  In politics, this could be equated to a politician making a commitment (true commitment), to the Constitution, the people, the rule of law and what is ethically and morally right or just being in Campaign Mode and saying what they think we want to hear then following their own greed, graft and corruption to get what benefits them and their special interest groups or party.  In Christianity, it is a contrast of making a heart commitment, forming a conviction and following the desires of the Father with a whole heart or moving God aside and installing self as the center of our universe and following “self”.  I do not want to be a “Campaign Christian” nor a “Verbal Christian”; I want to be a True Follower of Christ!

Today we have before us two choices regarding our lives, the sum-total of our lives; we can be in a “campaign mode” or we can be in a “committed mode”.  The choice is ours!  As for me and my house, we choose the Lord!