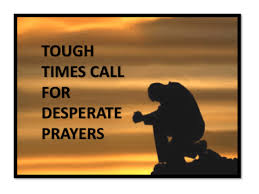 Exodus 2:23-25 – “Now it happened in the process of time that the king of Egypt died. Then the children of Israel groaned because of the bondage, and they cried out; and their cry came up to God because of the bondage. 24 So God heard their groaning, and God remembered His covenant with Abraham, with Isaac, and with Jacob. 25 And God looked upon the children of Israel, and God acknowledged them.”  NKJV

I hesitate to incorporate the political side of life with the spiritual in this devotional but I feel I must to make the point that I feel compelled to make.  Many Americans today are angry over something and most of it has to do with what has gone on in government over several years.  Many are frustrated and don’t know where to turn or what to do so they lash out and attack and sometimes what or whom they are attacking is the wrong target and is a symptom rather than the root of the problem.

We have been warned for decades that we were heading for this day by statesmen, politicians, historians, prophets, preachers, economist, and many others but most of it fell on deaf ears because we were comfortable and it didn’t seem to be affecting us individually much.  In our ease, we allowed those seeking to destroy the very framework and fabric of American society and this Nation we allowed to position themselves and consistently and diligently do their deeds bringing us to a time when our Freedom is in Jeopardy and our Nation is in peril.  In fact, the Bible repeated warned us of the time that would come when we’d see this kind of thing in the world.

Paul warned us in 2 Timothy 3 that we would see a day when people would become self-centered, selfish, greedy, dishonest, deceitful, disobedient to right principles and good morals, ungrateful, seekers of pleasure, treacherous, and even treasonous.  They would turn on family, friends, business associates, and even God in their pursuit of gaining their own ends.  Jesus warned us of the “Last Days” and depicted some of those characteristics in people of that time.  I Believe We Are There!  I’m not talking about getting there I’m saying We Are There!

Back to my title question:  “Are we angry or desperate?”  In a very real sense, it really does matter which.  In the text I used, the children of Israel were angry but more so they were desperate.  They had come to the end of themselves and no longer hoped for a better day, their misery and heart condition was so deplorable that their prayers had become “times of groaning.”  They were agonizing when they cried out to God and God heard them.  He doesn’t always respond to “anger” but He does respond to “the desperate heart” that is calling to Him.

2 Chronicles 7:14-16 – “… if My people who are called by My name will humble themselves, and pray and seek My face, and turn from their wicked ways, then I will hear from heaven, and will forgive their sin and heal their land. 15 Now My eyes will be open and My ears attentive to prayer made in this place.” NKJV

It is at that point that God promises to Hear Us, Forgive Us, and Heal Us!  He is watching, what is our next step?  I declare to you from what I feel deep inside my spirit that if we want freedom, spiritually, politically, socially, and economically as an individual and a nation We Must follow this prescription for Deliverance!  I guess the question is:  “How hungry and desperate are we?”  The ball is in our court and our response will determine the outcome.  God is willing and He is able.  This is one of those “if” – “then” times in life.  If we do what He has instructed, He will do what He has promised.

Hopefully, I have challenged you and possibly even caused you to revisit how you feel about what is happening today and consider this as a possible alternative or an addition to what you are now doing to effect change and see Restoration!

May God bless you as enjoy this day in Him!