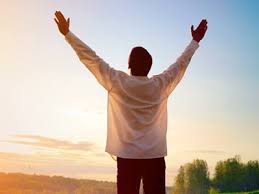 Ephesians 6:10-18 – “Finally, be strong in the Lord and in the strength of His might. 11 Put on the full armor of God, so that you will be able to stand firm against the schemes of the devil. 12 For our struggle is not against flesh and blood, but against the rulers, against the powers, against the world forces of this darkness, against the spiritual forces of wickedness in the heavenly places.  13 Therefore, take up the full armor of God, so that you will be able to resist in the evil day, and having done everything, to stand firm. 14 Stand firm therefore, HAVING GIRDED YOUR LOINS WITH TRUTH, and HAVING PUT ON THE BREASTPLATE OF RIGHTEOUSNESS, 15 and having shod YOUR FEET WITH THE PREPARATION OF THE GOSPEL OF PEACE; 16 in addition to all, taking up the shield of faith with which you will be able to extinguish all the flaming arrows of the evil one.  17 And take THE HELMET OF SALVATION, and the sword of the Spirit, which is the word of God. 18 With all prayer and petition pray at all times in the Spirit, and with this in view, be on the alert with all perseverance and petition for all the saints,” NASU

Now let’s move to the next essential element in this attempt to understand our part in the Victory that Jesus purchased and won at Calvary.

The more I study Scripture the more I am convinced that we cannot become All that we can be and God wants us to be Until we learn the secret of Conditioning!

Prayer is the Christian’s “first order of business.”  This is the means whereby we not only get “fueled” for the journey but where we receive our marching orders for each day!

Matthew 6:33 – “But seek first the kingdom of God and His righteousness, and all these things shall be added to you.” NKJV

It is imperative that we make the Kingdom of God first priority in our lives, the first look of our hearts, and pursuing the Kingdom our top priority in life.  The Scriptures declare that everything else falls into line when we do this!  Everything we need: Health, Strength to make it through the day, Wholesome Relationships, Money, Direction, and Wisdom, etc. all come through this venue.  All are a result of this action!

Truthfully, without prayer, we are like automobile engines without fuel!  We literally become nothing more than robots going through the motions of life rather than Living Life!

It is most interesting to listen to what Jesus said in two separate passages concerning the Kingdom.  In Luke 12:32 – – Jesus says, “Do not fear, little flock, for it is your Father’s good pleasure to give you the kingdom.” NKJV  Then, in Matthew 11:12-13 – – The Lord tells us, “And from the days of John the Baptist until now the kingdom of heaven suffers violence, and the violent take it by force.” NKJV

It does not take a great military mind to figure out that if we are going to have to take the Kingdom by force, we need something!

Dress for Success – – That is a phrase that has been bandied about for years in the business community and even the Church world it is a truth here.  If we are not Dressed right we will not be able to Fight Right!  This is incredibly important.  We need the Armor of God and I submit to you that Jesus wore it while on Earth!

Isaiah 59:15-18 – “…Then the LORD saw it, and it displeased Him that there was no justice. 16 He saw that there was no man, And wondered that there was no intercessor; Therefore His own arm brought salvation for Him; And His own righteousness, it sustained Him. 17 For He put on righteousness as a breastplate, And a helmet of salvation on His head; He put on the garments of vengeance for clothing, And was clad with zeal as a cloak. 18 According to their deeds, accordingly He will repay, Fury to His adversaries, Recompense to His enemies; The coastlands He will fully repay.” NKJV

This is a prophetic word from Isaiah about Jesus.  He was the first to wear The Armor of God!  He did so as our example:

Philippians 2:7-8 – “but made Himself of no reputation, taking the form of a bondservant, and coming in the likeness of men. 8 And being found in appearance as a man, He humbled Himself and became obedient to the point of death, even the death of the cross.” NKJV

As a man, Jesus chose to be clothed with this armor of God both to live a life of victory and as our example and teacher!  We Need This Armor!  Additionally, not only was Jesus the first to wear the armor, He Is The Armor!

I want you to spend some time thinking about that last statement concerning Jesus being The Armor of God and allow the Holy Spirit to write it on the tablet of your heart.  I want this to begin to get in your spirit and become a part of your system, thinking, and your very being. So until tomorrow we will stop there and pick up with the Armor by looking at it and the function of the armor.

Until we meet again on the morrow may God be gracious unto you and guard your hearts and minds through Christ Jesus our Lord!