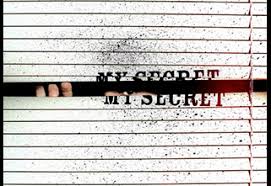 2 Timothy 1:7 – “For God has not given us a spirit of timidity, but of power and love and discipline.”  NASU

I hope that what I say is understood in the spirit and intent and not viewed as me being judgmental.  I would never want to judge another for I am far too aware of my own flaws.  I had a person tell me once, they didn’t let their co-workers know they were Christians because they feared discrimination in the workplace as a result.  I’ve known a number of people in my Christian walk who are what I call ‘Secret Christians’ because they don’t want the people they work with or do business with to know about their faith.  The problem I have with that is it falls dangerously close to what Jesus said in Matthew 10:33 regarding denying Him before men.  While those individuals I allude to did not actually deny Jesus they demonstrated a certain shame and fear of others knowing about their belief in Him.  That puts them in the position and condition that prevents them from fulfilling the Lord’s Commission to “Go into all the world…”  It frees them from the watchful eye of those observing their behavior and words and they could easily lapse into activity or conversation that would not be becoming for a believer without those around them questioning their relationship or Christianity.  Some have even told me that by doing this they escaped the possibility of becoming a stumbling block to others.  My response was, “Really?”  I am not saying that they fall into the category that Jesus described in Mark 8:38 where He said that if we are ashamed of him in this wicked generation, He will be ashamed of us in the Day of Judgment, but are closer than I want to be.  I understand how some might adopt that approach because of those they have observed who continually talk about their faith but do not walk the walk.  However, I believe that we have every reason to proclaim our faith without fear because of God’s Promise to NEVER LEAVE US!

If I am ashamed of Jesus and hide my faith that causes me to wonder about the health of my faith!  I am not trying to be the judge of another and will leave that to God but can anyone be comfortable being a ‘Secret Christian’?  Jesus told us not to fear those who could destroy the body and in that destroy our livelihood on earth but to fear Him that could destroy the soul.  He also asked pointedly, “What would a man give in exchange for his soul? What would be the profit of gaining the whole world and losing the soul?”  Obviously, there would only be earthly and temporary gain but eternal loss.

I am not suggesting that you must be out on the streets, knocking on every door you see and giving a specific witness verbally to everyone you meet. That might not be God’s desire, but you can and should always give a ‘silent visual witness’ by your life, words, and deeds.  Then be ready always to give an answer to every man for the reason of the reason for the hope that is within you.  You do not have to and should not wear your Christianity on your sleeve to the point of being obnoxious.  Witnessings is part of the Great Commission and the leadership of the Holy Spirit is vital.  Some, you meed, are not ready, will not receive, and your actions will only push them further away not bring them near.  Listen to the voice inside and follow your heart but ALWAYS manifest the Life of Christ and the Character of Jesus in your life.  You will be surprised how many people ask about what it is that makes you different.  Some will ridicule but many will come inquiringly and hungrily wanting more than what they have and have seen in others and even churches.  You are letters known and read of men!

So as you go through life go with pride that you are a follower of Jesus!  Know that as you manifest Him others will see and some will respond favorably to His nudging and tugging of their heartstrings.

Blessings as you go through your day!