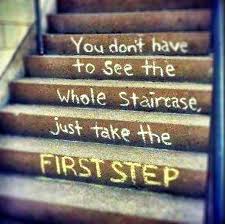 Genesis 1:1 – ” In the beginning God created the heavens and the earth.” NASU

Good morning Lord!  I almost felt like saying “Good Morning Vietnam!”, because lately, it seems like I’ve been in a war zone in so many areas. Great morning developing and, wonderful solitude in my office with a cup of coffee in hand or on the table next to my chair, bible in hand and listening to the sounds of life and… the voice of the Lord. Some interesting thoughts were raised in this session.

I had a long conversation with a college professor some time back who holds a Ph.D. in Biology and he assured me that he was both a devout evolutionist and a devout Christian and the two did not conflict. His brand of Christianity is not important, only his belief that somehow dismissing the Bible and still being a Christian was somehow compatible. To him, it was ludicrous to believe that God spoke the world into existence, that somehow all this was by divine design and that God took dirt and formed Adam then breathed the breath of life into him, took a rib from Adam and created Eve. Yet, he could believe that from a single-celled piece of slime, gradually over millions of years that piece of slime evolved into every species of creature including humankind on the planet. He could believe that all we see and know somehow all this just happened by random chance. Not to get political in my devotional but if people really think like that in the realm of science and education and still believe that they are followers of Christ and see no conflict no wonder we have so much diversity in the political arena.

If I dismiss God as the beginning point, dismiss the creation, dismiss the Garden of Eden, dismiss Adam & Eve and the fall of man then I must dismiss the remainder of the Bible.  That would include the virgin birth of Jesus, His sacrificial death on the Cross, resurrection, and ascension to Heaven and thereby dismiss Grace. I would have no basis for believing anything that is in the Bible and thereby negate my foundation of faith. I would drift into nothingness in my belief system and become nothing more than the soulless animal creation. Any moral character would dissipate and there would be no restraints on my life. After all, if we are just evolved creatures with no soul then what law would there be other than my own desire, to rule my life.  I would effectively become the god of my own world and my world would exist so long as I was either cunning enough or was powerful enough to keep it intact.  Nothing would be off limits!

However, I choose to believe the report of Genesis 1 and believe that GOD IS, and He CREATED the heavens and the earth as well as man and the rest of the creatures on it.  I believe He hung the stars in place and placed everything where it was to be with the gravitational pull exactly as He designed and desired. I believe that man fell in the Garden of Eden and brought condemnation to the race.  I believe that Jesus came to set us free from that bondage, give us Life and that Life more abundant!  I believe that when we die we will stand before God and if we have accepted Christ as our Savior we will enter into the joy of the Lord and if we have rejected Him we will be cast into outer darkness (hell). I believe that the final result is based on our choices to accept Him or reject Him, and it is not by random chance that I am here.  If you believe that you came from monkeys that is your choice. You may, as some do, act like a soulless animal and live as though this life is all that there is. I choose to believe that God is both a loving God and one who will judge us in the end.

Therefore, the first step is to either accept or reject Genesis 1:1.  If I accept it then the Bible opens an incredible world to you, and if you do not then you are left in the darkness of the speculation of the theories as to how we got here. I choose to believe in Jehovah God not just some higher power, but the God of all creation as MY GOD.  I choose to follow HIM and His directives and guidance. I’ve had too many personal encounters and experiences to discount and dismiss my belief and faith, at this point in my life! Therefore, I’ve taken the first step and believed and now I take the remaining steps and walk out that life step by step until the day He calls me home, which I believe is a VERY REAL PLACE – – HEAVEN!

God bless you as you go through your day!