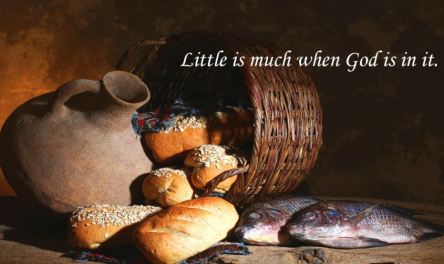 Judges 3:31 – “After him was Shamgar the son of Anath, who killed six hundred men of the Philistines with an ox goad; and he also delivered Israel.”  NKJV

This has always been a fascinating sentence inserted in the history of Israel and their struggles for freedom in the Old Testament.  Ehud had led them to victory over the Moabites and 80 years of rest or peace ensued.  As he grew older portions of the land began to fall into the hands of plunderers and thieves, especially those of the Philistines.  There was no one to lead Israel to victory and most people, the historical record indicates, simply stayed off the highways and were isolated and living in fear.

We know little of the man named here and it appears that there was nothing particularly unusual about him with the exception of his obedience to the Spirit of God.  I cannot unfold the account with historical accuracy but simply draw from this verse to say, “Little is much when God is in it.”  Here, it appears that one man, alone, without proper weapons or battle armor withstood what was virtually an army of Philistines with what the Bible calls an “ox goad” or as many identify a plow-share.  This was nothing short of a miracle and in this act of a solitary man, the nation of Israel was once again delivered.

That screams to me that the false claim, “I am only one what can I do” should be forever eliminated from a Christian’s vocabulary and philosophy.  If God could use Moses, Joshua, Caleb, David, Samson, Gideon, and Shamgar to perform exploits outside the norm then why can He not find one among us today to deliver?

It is not the armor or weaponry that one has at his/her disposal but the Arm of the Lord that matters.  If God could use Gideon and his small band of men to completely route an entire army can He not raise up deliverers in this generation?   He can but He first has to find willing hearts who will dare to believe Him.  He has to find those so completely trusting they can see no option but success and value His word over their lives.  He has to find someone who will dare to believe in the impossible and attempt the improbable.

In something like the exploits of Shamgar one has to acknowledge the intervention of the supernatural for in the natural it would be impossible for one man with a plow-share to defeat 600 armed men.  Yet, the Bible declares it happened and I believe it happened.  Therefore, I draw from it hope and faith to believe that if God directs it He will enable and provide.  Rather than focus on the problem focus on the God of the solution and hope will begin to rise, faith will strengthen and courage will ooze forth from deep within.

Truly, little is much when God is in it but much is little if God is not there!   Remember He said, where two or three are gathered in My name I am in the midst of them.  God bless you as you face this new day!