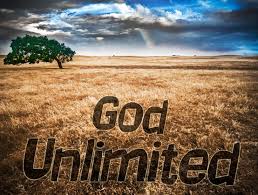 Mark 16:15-18 – “And He said to them, “Go into all the world and preach the gospel to all creation.  16 ” He who has believed and has been baptized shall be saved; but he who has disbelieved shall be condemned.  17 “These signs will accompany those who have believed: in My name they will cast out demons, they will speak with new tongues;  18 they will pick up serpents, and if they drink any deadly poison, it will not hurt them; they will lay hands on the sick, and they will recover.”   NASU

I have never understood limiting the Omniscient, Omnipresent, Omnipotent God of all creation but many have including myself.  Some limit Him through their theological beliefs and others their actions.  Yet most all of us would say, “With God all things are possible.”  If all things are possible why are so many things, in our minds, not probable when it comes to God and His power?

I have been told that God no longer heals today because we have doctors, science, and medicine and that the miracles of healing were only to help establish the fledgling church in the 1st century.  Where does it say that in the Bible?  Some quote the verse about tongues passing away and omit the rest of the quotation that ‘knowledge’ also passes away.  If God is the SAME yesterday, today, and forever why do we not expect Him to perform His works in our present day?  Yes, we have science, doctors, technology, and many modern advancements but He created us and has the power to touch ALL DIMENSIONS of our lives does He not?

Sometimes we pray, ‘If it be Thy will’ and too often that is a prayer of faithlessness rather than submission to His will.  It is often a prayer with no expectation.  Of course, anything MUST be in His will to be realized.  I readily acknowledge that and do not mind that addendum to a prayer if it is submission, but charged with faith and expectation.  I am not trying to be critical and know I’m treading on thin ice with some but suggest that along with that addendum we might add, “Unless it is not your will I will eagerly await the answer with expectation.”  I have had people say, “Well we can only pray” and hear others asking, “Has it come to that?” as if prayer were a last resort in a hopeless cause.

We do not get everything we ask for but that should not stop us from asking and seeking for God is God and He always will be God.  We have, as Hebrews reveals, a Better Covenant established on Better Promises and the Old Covenant was not too shabby!

May God bless you as you go through your day and provide you whatever you need from Him!  Blessings!